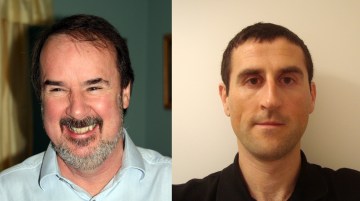 (POMPANO BEACH, Fla.; June 20, 2011) ­– TITAN Salvage has appointed Mark Hoddinott to global director, marketing and strategy, responsible for developing, delivering and managing the company’s strategic marketing and business development plans. He will operate out of TITAN’s United Kingdom (UK) facility at Newhaven, East Sussex, and will report to Rich Habib, TITAN’s vice president.  Hoddinott, who will continue his role on the senior management team, will work closely with TITAN’s commercial division.

Additionally, TITAN’s Neil Ives has been appointed operations manager, Europe. Ives’ responsibilities include managing the sales and marketing efforts for the region, pursuing new business, drafting proposals and contracts, supporting the salvage warehouse and operations and overseeing the administrative requirements in the UK office.

About Hoddinott, Habib said, “We are pleased to appoint Mark to this new role and look forward to his continued leadership of our European operations. He has a history of success in the maritime industry having spent years as a salvage master and serving other senior roles within the salvage industry. We are certain that his expertise will be an asset as we continue to serve our customers in the region.”

In 2007 Hoddinott joined TITAN as the managing director of the company’s European operations. He is a 40-year veteran who before TITAN held positions of increasing responsibility including that of master aboard a variety of ships including passenger, container, oil tanker, bulk carrier, reefer, short-sea ferry and deep sea tugs. In 1982, he became a salvage master for UK-based United Towing Limited where he spent 10 years leading salvage operations worldwide. Later, as a result of various acquisitions, Hoddinott, was named salvage manager for Howard Smith Industries then senior manager for Adsteam Marine with responsibility for all business projects and salvage jobs.

Hoddinott also served as a director of the Humberside Offshore Training Association from 1988 to 2007. He is a Fellow of The Nautical Institute, Member of the Honourable Company of Master Mariners, and represents TITAN Salvage on the International Salvage Union’s LOF (Lloyds Open Form) subcommittee.

As for Ives, he joined TITAN in 2008 as senior specialist for the company’s salvage and logistics group, a dual role that encompassed both commercial and operational aspects of the business. He is a graduate in marine operations and joined TITAN with experience in UK port management and operations.