* Denotes Officers of the Corporation as well as Senior Leadership 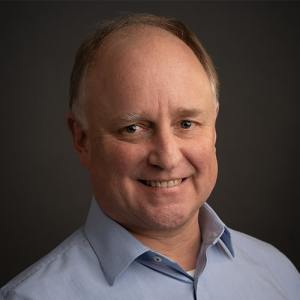 Thomas B. Crowley, Jr. has served as Chief Executive Officer and Chairman of the Board of Directors since 1994, succeeding his father and grandfather in such roles dating back to the company’s founding in 1892. Today, Crowley is a U.S.-based, $2 billion-a-year marine solutions, energy and logistics services company with operations around the world.

Under Mr. Crowley’s leadership, the company is expanding into areas of opportunity such as logistics, government services, petroleum transportation and distribution, ship management, naval architecture and engineering, project management and LNG services. He has focused on building the company relative to its expertise on water, while leveraging other asset-light areas of expertise to develop a portfolio of businesses to serve customers that offers both strong integration and diversification of risk.

Mr. Crowley has recognized the government as a key customer for which the company is well suited to serve. In 2018, the company began executing a multi-year $2.3 billion Department of Defense Freight Transportation Services (DFTS) contract, one of the largest logistics contracts awarded by the U.S. government. Additionally, under his leadership Crowley has successfully completed a myriad of expeditionary logistics operations around the world, including Haiti (earthquake relief), West Africa (Ebola outbreak), U.S. Northeast (Hurricane Sandy), and Puerto Rico (Hurricane Maria).

In late 2017, Mr. Crowley directed the company’s large-scale response to the aforementioned Hurricane Maria, which devastated Puerto Rico. Within two hours of the U.S. Coast Guard reopening the port, a Crowley vessel arrived and began discharging critical commercial and relief cargoes. Over the next 182 days, Crowley unloaded more than 200 vessels with cargo consisting of nearly 40,000 commercial loads and 8,000 Federal Emergency Management Agency (FEMA) loads. In addition to food, water and other basic humanitarian and commercial supplies, Crowley transported and delivered more than 40,000 power poles; 7,000 electrical transformers; 10 million miles of wire and cable; and platforms and utility reconstruction equipment and vehicles to help rebuild the electrical infrastructure, which was devastated beyond repair in some areas. The company also handled multiple bridge sections and a 119,000-pound drill to support the roadway reconstruction efforts in the Utuado region.

Even more remarkable is that this mission was largely accomplished by more than 300 local employees who, along with their families, were reeling from the effects of the storm themselves. Mr. Crowley directed company- and employee-sponsored aid to workers and their families to help them recover. And, in an unprecedented gesture of appreciation, Crowley presented a Thomas Crowley award, the company’s highest honor, to the entire Puerto Rico team.

A staunch supporter of the American maritime industry, Mr. Crowley has invested billions of dollars during his tenure in the construction of American built tugboats, heavy-lift flat-deck barges, articulated tug barges (ATBs), tankers and now, LNG-powered ConRo ships for use in the U.S.-Puerto Rico trade, utilizing best-available technology with a focus on safety, environmental protection, performance and efficiency. And the company’s growth plans call for further investment in a variety of new vessels over the next several years.

Recognizing the importance of having knowledgeable, skilled and safe employees, Mr. Crowley has dedicated a significant amount of his attention to employee education, management training and other initiatives to build a collaborative, high-performance culture. He has placed safety at the center of everything the company does and is challenging employees to achieve the goal of doing zero harm to people, property and the environment.

Mr. Crowley holds a business finance degree from the University of Washington. Away from work Mr. Crowley lends his time and expertise to several organizations. He is on the board of directors of the World Shipping Council, an advisory board member at the University of Washington’s Foster School of Business, and a longstanding member of the Young Presidents Organization. 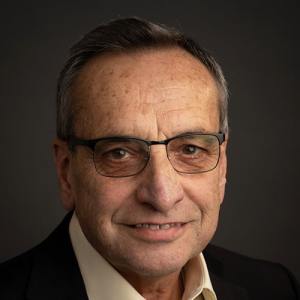 He has more than 40 years of experience in administration, human resources, and labor relations. Prior to joining Crowley, he worked in those fields for two global steamship lines. Pennella graduated from Rutgers University, with degrees in psychology and business. 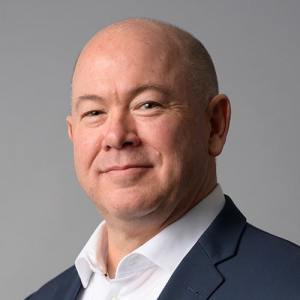 Ray Fitzgerald rejoined Crowley in 2020 as chief operating officer. He began his career with Crowley in 1987 and spent 13 years with the company – many of them in a commercial role as a vice president within the liner services group.

Fitzgerald was recognized by United Seamen’s Service in 2018 with the prestigious Admiral of the Ocean Sea (AOTOS) award. He graduated from Saint Francis University with a Bachelor of Science degree in economics and business management, and later completed continuing executive education courses at the University of Chicago and The Tuck School of Business at Dartmouth. 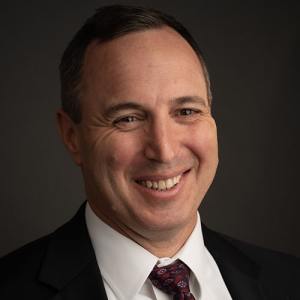 Dan Warner began his career with Crowley in 2001 as a senior analyst for the corporate planning group, where he worked until his promotion to director of finance for the logistics group, followed by a move to the Puerto Rico/Caribbean liner services group. The Board of Directors approved his appointment to the position of senior vice president and treasurer in 2005. He became Chief Financial Officer in February 2021.

Prior to joining Crowley, Warner held various finance positions including four years at Citigroup in New York culminating with his position as a Vice President of Finance. He has a Bachelor’s degree from Northwestern University and a Masters in Business Administration from Cornell University. 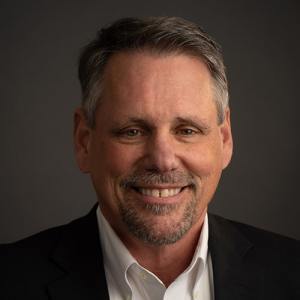 Michael Roberts has represented Crowley on legal, regulatory and legislative matters for more than 25 years. He joined the company in 1991 as corporate counsel, was promoted to vice president of government relations in 1994 and remained in that role until 2000. The next nine years were spent in private practice in Washington, DC, including with Venable, LLP, representing Crowley and others involved in domestic and international trade and transportation. He returned to Crowley in September 2008 as senior vice president, general counsel and corporate secretary. In 2019, Roberts returned to Washington to lead the company’s government relations functions, which are of particular importance given the company’s emerging leadership in maritime and other sectors, and its fast-growing public sector work.

Roberts has overall responsibility for the company’s government relations functions. This includes federal, state and local activities, as well as work with foreign governments and international organizations. Roberts will also continue coordinating with Crowley’s government services team in connection with its public sector work. 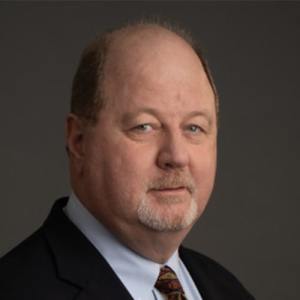 Calvin has more than 35 years of experience in financial and management reporting, budgeting and strategic planning and analysis. He earned a Bachelor of Business Administration in accounting and finance from the University of North Florida and is a licensed Certified Public Accountant.

The strategic planning, procurement, accounting, payroll and financial reporting functions of the corporation.

Carl Fox rejoined Crowley in 2010 as vice president of strategic initiatives and marketing for the liner and logistics business units. He had previously worked for Crowley from 1987 to 1995 with responsibilities in business development and process improvement. Before rejoining Crowley, Fox served as senior vice president for Sea Star, providing leadership in sales, marketing, customer service, pricing, and yield management, and was also the executive vice president of administration and financial planning for Navieras, offering commercial, administration and financial expertise. He previously served as chairman of the board for the Northeast Florida Chapter of the Red Cross. 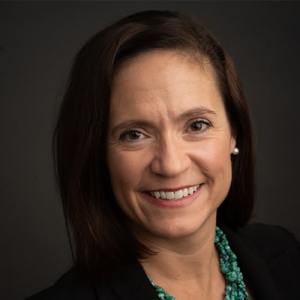 Parker Harrison joined Crowley in 2013 as director, claims, in the risk management department, where she managed claims, supported Crowley’s growing ship management business, and led the team’s risk management and mitigation efforts for the historic West Africa Ebola relief project (Operation United Assistance). In 2015, she was promoted to vice president, procurement, where she led the modernization and enhancement of the procurement function to support all lines of business. She joined Crowley’s Senior Leadership Team in 2019.

Before joining Crowley, Harrison served as vice president and FD&D manager with Shipowners Claims Bureau in New York, managers of The American Steamship Owners Mutual Protection and Indemnity Association, where she handled a variety of both P&I and FD&D claims and managed the Club’s overall portfolio of FD&D claims. She also practiced maritime law for several years at Chaffe McCall, LLP, in New Orleans. 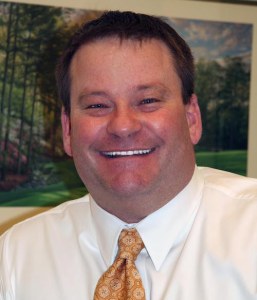 Brett Bennett joined Crowley in 2020 from Wallenius Wilhelmsen Solutions, where he served as Senior Vice President and Head of Global Terminals and Stevedoring. He has more than 25 years of experience focused on transportation and end-to-end logistics, including a 22-year stint with the Maersk companies. His last role for Maersk was at Damco Distribution Services, where he served as Chief Operating Officer.

He began his career at Roadway Express before joining Sea-Land Service as Terminal Manager in Long Beach, Calif. He was later promoted to Director, Southern California Marine Terminals for APM Terminals, and Managing Director of APM Terminals in Elizabeth, N.J., before joining Damco. Bennett earned a Bachelor of Science degree in Business Administration from The Citadel, Military College of South Carolina, in Charleston. 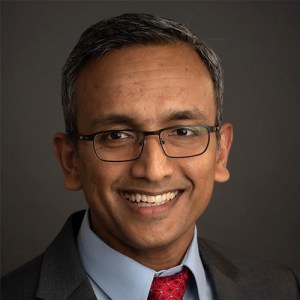 Shiju Zacharia joined Crowley in 2009 with more than a decade of advanced technology project leadership centered on developing, deploying and integrating state-of-the-art solutions to support high-level business objectives for major enterprise customers. Before officially joining Crowley, he worked as a consultant for the company on the Beacon Project, which helped define the business architecture and led to the creation of the Crowley Logistics online platform. Throughout his career, Zacharia has gained a wide variety of leadership experience in industries such as logistics, health insurance, manufacturing and direct marketing.

He received the Thomas Crowley Award in 2013, the company’s highest honor, as director, technology, for his demonstrated expertise in crafting digital transformation solutions that enhance competitiveness and increase profitability. He was instrumental in ERP system implementation across the entire Crowley Logistics network to support NVOCC, freight forwarding, warehouse and distribution, Customs brokerage and land transportation. He led the start-up, management and execution of the $2.3 billion multi-year Defense Freight Transportation Services (DFTS) contract. In 2018, he was promoted to vice president, government supply chain, before advancing to the senior leadership team in 2019.

Zacharia’s business unit is engaged in designing and implementing effective and innovative solutions for the U.S. Departments of Defense and Homeland Security, the U.S. Maritime Administration, as well as other government agencies by leveraging a portfolio of commercial services adapted to meet the unique missions. 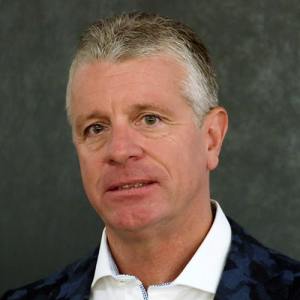 Matt Yacavone has more than three decades in leadership roles in operational, commercial, strategic planning and leadership roles in the maritime industry. He joined Crowley in 1993 with Crowley Marine Services as manager of operations in the Atlantic and Caribbean tugboat services. A licensed mariner (retired), Yacavone advanced to executive and management roles for Marquette Transportation and OSG America/Maritrans, where he also directed commercial services and managing operations for diverse maritime fleets on a global level.

He returned to Crowley in 2013, serving as vice president of business development for Crowley’s petroleum, offshore and fuels groups. His responsibilities included strategic planning and direct management of sales and commercial activities.

Yacavone holds a Master’s in Business Administration degree from Jacksonville University, and a Bachelor’s in Marine Transportation from the U.S. Merchant Marine Academy. He also completed the executive education program through the Northwestern University Kellogg School of Business. 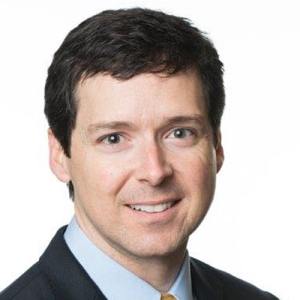 Prior to joining Crowley, Alford served as a senior corporate attorney and strategic advisor in both public and private equity-owned companies, responsible for closing a significant number of mergers and acquisitions transactions, including the multi-billion-dollar sale of an international corporation. Prior to going in-house, Alford had a successful career as a transactional and corporate lawyer at a large law firm. 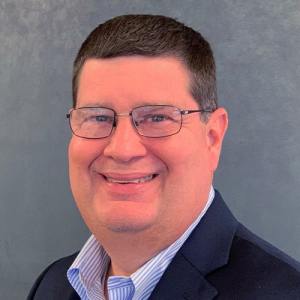 Smith joined Crowley in 1998 as manager, financial reporting. He was then promoted to director, SEC tax and audit, where he managed the company’s SEC reporting and compliance, coordinated tax-planning initiatives and managed the company’s external audits. Before his move to Crowley, Smith worked as an audit manager for PriceWaterhouseCoopers.

He has a Bachelor’s degree in accounting from Jacksonville University, and is a Certified Public Accountant.