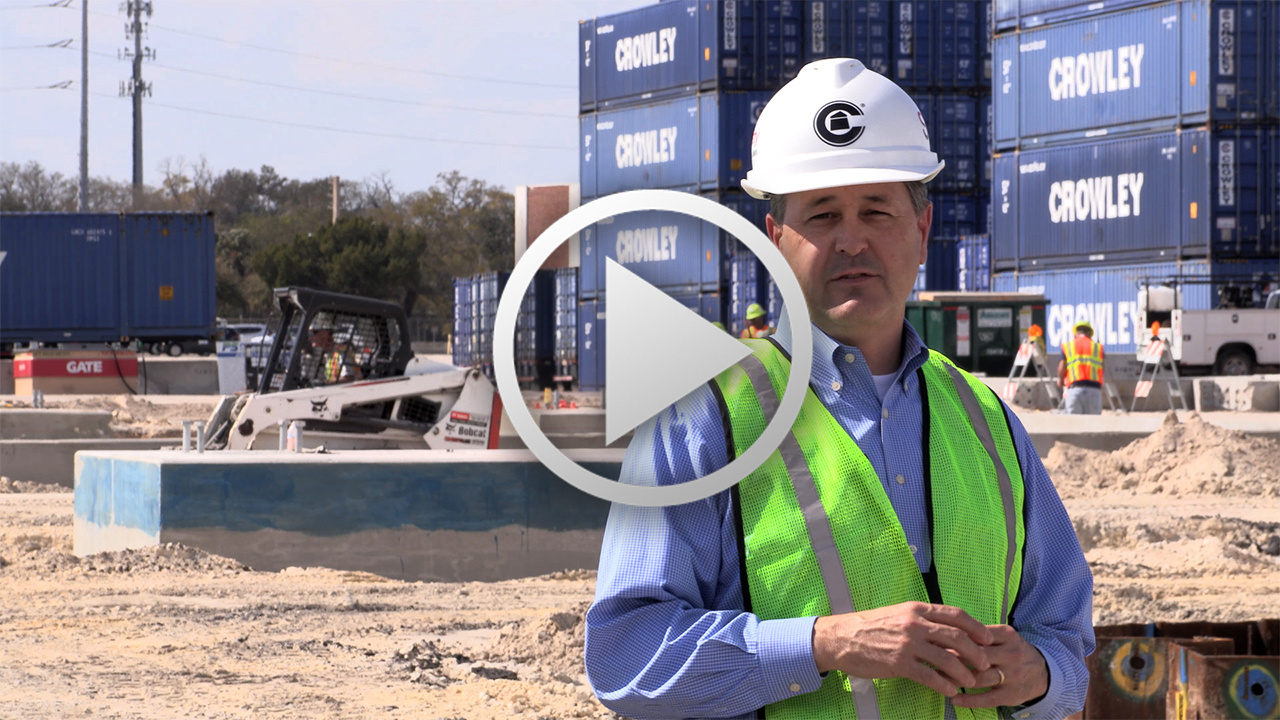 As featured in a new Crowley video, Crowley’s Matt Jackson, vice president, LNG, highlighted the project and how it fits into Crowley’s overall expansion and modernization plan for its Puerto Rico service. Within the month, Chart Industries is expected to deliver two of its new, 1-million liter Decinske Giant cryogenic tanks for LNG storage at the site. Including the Jacksonville project, Crowley is investing more than $550 million in the two new, innovative ships, along with a new 900-foot pier, three new gantry cranes and a multitude of improvements at its Isla Grande terminal in San Juan, Puerto Rico.

“The start of construction marks a milestone as we continue making progress with our partners, supplier Eagle LNG and Chart Industries, manufacturer of cryogenic storage tanks,” said Jackson.  “LNG will provide a cleaner, efficient fuel source for our industry-leading Commitment Class ships, and our new JAXPORT bunkering terminal will support efficient operations with state-of-the art technology for bunkering operations.”

Crowley’s LNG and logistics groups are supporting construction of the Jacksonville facility by providing engineering expertise and transportation solutions for the equipment at the site. The facility will serve as the fueling station for the LNG-powered ships.

Weighing 260 tons, each cryogenic storage tank holds enough LNG to cover an average family’s electricity demand for 1,000 years. The tanks are en route to Jacksonville from Europe, as featured in this recent video by Chart Industries.

“Because of its multiple benefits, including being cleaner for the environment, we expect LNG demand for ship fuel to increase to 30 million tons a year (MTPA) by 2030. We recognize Crowley’s leadership as an early adopter of this fuel,” said Eagle LNG President Sean Lalani.

LNG is a stable gas that is neither toxic nor corrosive and is lighter than air. It is the cleanest fossil fuel available, netting a 100-percent reduction in sulphur oxide (SOx) and particulate matter (PM), and a 92-percent reduction in nitrogen oxide (NOx). LNG also has the ability to significantly reduce carbon dioxide (CO), a contributor to greenhouse gas emissions, as compared with conventional fossil fuels.

The ConRo ships will begin service in the second half of 2017 and first half of 2018. The ships, which are some of the world’s first to be powered by LNG, are designed to travel at speeds up to 22 knots and carry containers ranging in size from 20-foot standard to 53-foot-long, 102-inch-wide, high-capacity units, along with hundreds of vehicles in enclosed, weather-tight car decking.