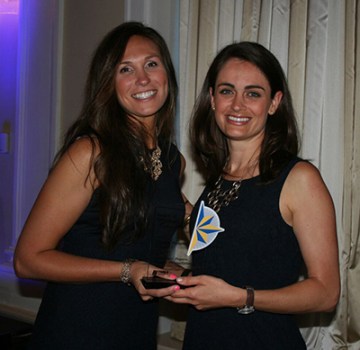 (St. Petersburg, Fla.; June 12, 2015) – Crowley Maritime Corp. has been honored with a third Transportation Marketing and Sales Association (TMSA) Compass Award of Excellence, this time for the company’s biannual Connections Magazine, in the Marketing and Sales Collateral category. The honor, which was given during TMSA’s 63rd Annual Compass Awards Gala, held at the Renaissance Vinoy Resort in St. Petersburg, Fla., earlier this week, also marks the second time Connections Magazine has been chosen for the award.

The 2015 award was given after a team of TMSA industry expert judges evaluated the company’s summer 2014 issue in several key areas, including design, content, creativity and the publication’s ability to fulfill stated goals. The TMSA Compass Awards are considered the highest level of professional achievement and recognition in marketing, communications and sales in the transportation, logistics and passenger transit marketplace.

Accepting the award on behalf of Crowley was the company’s Amelia Smith, manager, corporate and marketing communications.

“I am thrilled to accept this award,” said Smith. “Connections Magazine continues to not only serve as a fantastic representation of our company’s innovative people, safety culture and dedication to customers, but is also a testament to the abilities of our corporate and marketing communications team. I’m proud of our highly talented group and am grateful for the recognition it gives my colleagues and the company.”

Sharing the success is the company’s corporate and marketing communications team, which works together to manage, develop, write and design the magazine in-house. In addition to Smith, this team includes the director of corporate and marketing communications, Mark Miller; Creative Manager Bryant Hardwick; Bilingual Communications Specialist Victor Gonzalez, and contributing writer Jenifer Kimble. The team developed the following acceptance video, which was shown during the gala.

Each year, TMSA’s Compass Awards honor individual companies in the transportation and logistics industry for their commitment to raising the standards for best marketing and sales practices. Industry professionals carefully review and judge each entry, and select winners based on a detailed write-up explaining their marketing campaigns and the actual creative work samples. Crowley also won a TMSA Award of Excellence in 2013 for Connections Magazine and in 2011 for the redesign of its website.

Crowley’s Connections Magazine, originally created in 2008, is a full-color, internal and external publication, available in both printed and online formats. It aims to showcases the company’s businesses, people and developments through in-depth articles featuring employees, customers, projects and company milestones. The printed circulation is 10,000 copies. The digital version offers similar content with additional “extras,” such as bonus interviews, photo galleries and engaging videos, while allowing easy access from nearly any platform, including mobile devices.