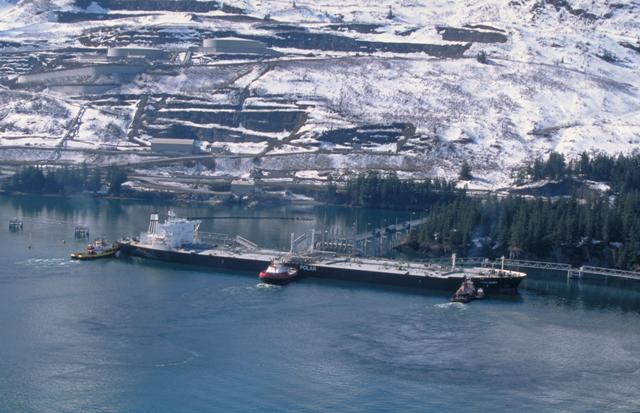 (VALDEZ, Alaska; May 23, 2011) – The Trans-Alaska Pipeline System (TAPS) has announced that its workforce has achieved a major safety milestone: 10 million hours worked without an OSHA Day Away From Work Case (DAFWC). Of those hours, Crowley contributed towards working 20 percent of them, or 2 million hours, safely. This means that since June 2009, no TAPS worker, including the more than 225 Crowley employees, has been injured to the extent that they missed a day of work.

For more than 30 years Crowley has provided tanker escort, response ship assist and vessel operations for TAPS operator Alyeska Pipeline Services Co. in Valdez, Alaska. The safety milestone is especially exceptional considering a majority of these employees work in the field and in environments with cold weather and heavy seas conditions.

“I am very proud of our Crowley Valdez team,” said Charlie Nalen, Crowley vice president, Valdez. “Together Crowley and the rest of the TAPS workforce have just completed an amazing accomplishment. This is no accident; it is the collective excellent performance of everyone involved in this operation that has allowed this to happen, and it is something we can and must continue to do.”

Ten million hours is the equivalent of 1,250,000 eight-hour workdays or 250,000 five-day workweeks. This achievement is in part a result of Crowley’s company-wide commitment to a strong safety culture. Attaining 10 million hours without a DAFWC is evidence of a committed and skilled workforce, with every individual on the TAPS team contributing to this achievement.

“Safety doesn’t just happen; you have to make it happen,” said Rod Hanson, Alyeska’s director of health, safety, environment & quality. “This is a significant achievement in any industrial setting, much less one that includes marine and arctic conditions.  When people ask what ‘world-class’ means, I will point to this type of performance as a significant example. Thank you to the workers – and keep up the great work.”

Alyeska operates the 800-mile Trans Alaska Pipeline System (TAPS), which runs from Prudhoe Bay on the North Slope south to the Port of Valdez, the northernmost ice-free port in the United States. The pipeline crosses three mountain ranges and 34 major rivers and streams. Alyeska operates out of Anchorage, Fairbanks and Valdez and at various facilities along the line. Alyeska was created to construct, operate, and maintain TAPS for the owner companies. The current TAPS owners are BP Pipelines (Alaska), ConocoPhillips Transportation Alaska, ExxonMobil Pipeline Company, Unocal Pipeline Company, and Koch Alaska Pipeline Company. For more information, visit www.alyeska-pipe.com, or follow Alyeska on Facebook or on Twitter at www.twitter.com/AlyeskaPipeline.

Since 1953, Crowley has provided various marine, petroleum distribution, and energy support services in Alaska – from the North Slope to Southcentral Alaska and both coastal and inland communities including those along the Kuskokwim and Yukon Rivers – and today has offices and operations throughout the state with more than 650 employees. The company has consistently provided unique solutions to Alaska’s logistics and marine transportation challenges and played an important role in Alaska’s business development and in protecting its environment.

At the southern terminus of the trans-Alaska oil pipeline, Crowley provides tanker escort and docking services in the Prince William Sound for Alyeska Pipeline Service Company’s Ship Escort/Response Vessel System, utilizing some of the most technologically advanced and powerful tugboats in the world. With a storage capacity of more than 39 million gallons, Crowley is strongly positioned as a leader in the Alaska fuel industry, providing transportation, distribution and sales of petroleum products to more than 280 communities across Alaska. Crowley supports the energy industry on the North Slope with summer sealifts of large production modules and various marine transportation services, and in the winter supports oil field development with CATCO® all-terrain vehicles. These heavy-lift overland transport units have large bag tires designed to work over the tundra without damaging the delicate Arctic ecosystem. Crowley also provides tanker assist and escort services at Tesoro Alaska Company’s Nikiski refinery in Cook Inlet.