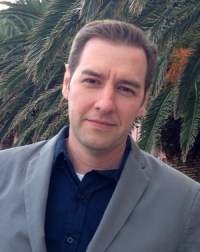 In his new role, Johnson will be responsible for assisting with the administration and running of TITAN, focusing on strategic issues to help further grow the business.

“It is very exciting for us to have Michael on our team, especially during a time of continued growth and international expansion in our company,” said Habib. “Michael’s extensive background in project management and the industry, including past collaborations with TITAN in major international projects, makes him the perfect fit for the role.”

Prior to joining TITAN, Johnson served as vice president of project management for solutions, Crowley’s Project Management Organization (PMOrg), which he helped form in 2011. In that position, he successfully managed domestic and international projects for oil & gas developments, heavy lift transportation, and marine construction. Before joining the Crowley family of companies, Johnson, who has more than 16 years of experience in the offshore and maritime industries, worked as an independent marine contractor where he provided marine engineering, project management, marine construction management and marine assurance services to clients such as BP Exploration and Parker Drilling. He started his career in engineering and project management in the offshore drilling industry at Diamond Offshore and then Santa Fe Drilling.

Johnson earned a bachelor’s of science in marine engineering from Texas A&M University at Galveston as well as a USCG Merchant Marine Officer license of 3 assistant engineer for motor and steam unlimited tonnage.

TITAN, a wholly owned subsidiary of Crowley Maritime Corporation, is a worldwide emergency response, marine salvage and wreck removal company based in Pompano Beach, Fla., that has performed more than 400 salvage and wreck removal projects since 1980, including some of the most technically demanding projects ever undertaken. The company also has offices and equipment depots in the UK, Australia and Singapore. TITAN responds to vessel emergencies around the world and is able to mobilize a worldwide network of expert salvage professionals and specialized, portable equipment within hours of activation. TITAN is accessible 24 hours a day through the company’s main dispatch telephone number, +1-954-545-4143. Additional information about TITAN may be found at www.titansalvage.com.