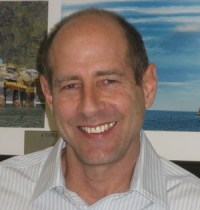 “I am very pleased to welcome Rich back to TITAN,” said Busch. “He began as one of our jack-up barge superintendents and then became a salvage master. Later he was TITAN’s senior salvage master and director of salvage. Needless to say he brings a wealth of experience to his new position, which will serve our clients around the world very well.”

Dan Schwall, who previously served as TITAN’s vice president, has accepted a new position as a vice president of the business development, sales and marketing efforts of Crowley’s new solutions group, which brings together a host of disciplines, including marine contract services, engineering, naval architecture, project management and logistics, to deliver customized solutions for customers.

Habib is a 1977 graduate of the U.S. Coast Guard Academy. He served in various posts including commanding officer of a patrol boat and rescue station. Exchanged to the U.S. Navy, he served a tour aboard a frigate. After leaving the Coast Guard in 1984, he worked in the oil field aboard supply boats and later specialized in the international tramp heavy lift trade aboard Dock Express and Van Ommeren vessels where he sailed as master and was a project manager.

He holds a BS degree in physical oceanography and an unlimited master’s license. He is a regular member of the Council of American Master Mariners.