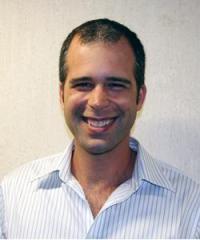 (Pompano Beach, Fla; September 12, 2011) – TITAN Salvage, a Crowley Maritime Corporation company, has appointed Dan Dolson to the senior management team as operations manager for the Americas. In this new role, Dolson now has responsibility for the operations and profitability of TITAN’s U.S. office and depot in Pompano, Fla. Dan will relocate to Florida from Bellevue, Wash., and report to TITAN Vice President Richard Habib.

Dan has more than 15 years of experience in the marine and salvage industry. He was the founder and president of the Seattle Diving Company, and since 2003 grew the company from a local dive outfit to a modest subsea construction company working in the Pacific Northwest, Gulf of Mexico and in other international waters. Prior to owning his company, he had an eight-year career with Crowley working aboard tugboats and vessels, including the American Salvor. He graduated from SUNY Maritime in 1995.

Dolson said of the opportunity, “I’m excited to be a part of the TITAN team. I’ve always looked up to this company as an industry leader and enjoyed seeing the positive impacts that TITAN projects have had in the marine world. It is an honor to work with the best in the industry.”