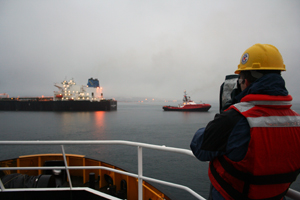 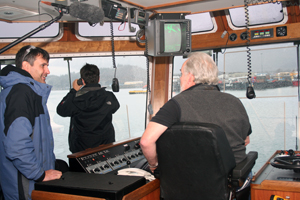 Check your local listings for the channel number and tune in to watch all the action, which includes extreme weather conditions, incredible local scenery, a display of the tugs’ capable fire monitors and a demonstration of Crowley’s high-horsepower tugs performing a tanker tether stop drill. During the drill, the crew aboard the Nanuq shows viewers in a simulated emergency how an out-of-control tanker can be stopped dead in its tracks, helping to avoid a spill. 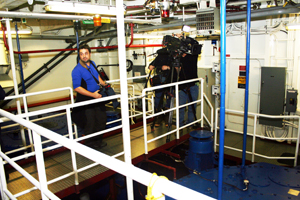 Don’t miss the drama, wildlife and and Crowley’s people in action during this international broadcast on Thursday night!