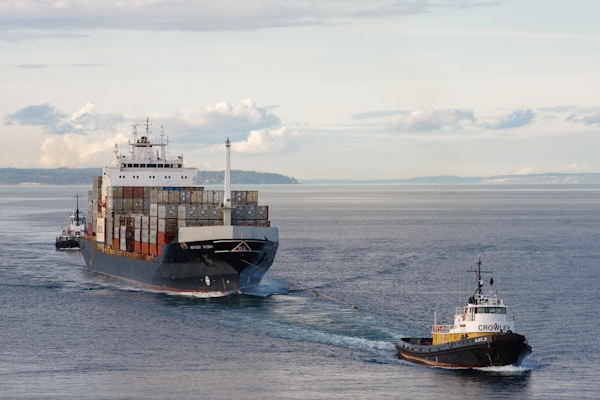 The Horizon Tacoma was a few miles north of Neah Bay when it elected to shut down its main engines following the engine problem, though it continued to have full use of its thrusters and directional navigation. After notification by the U.S. Coast Guard (USCG), the Hunter rapidly got underway and arrived at the ship in less than 30 minutes where it immediately connected a towline.

The state has contracted to station a standby emergency response tug at Neah Bay since spring 1999. The tug has stood by or assisted 44 vessels that were disabled or had reduced maneuvering or propulsion capability while transporting oil and other cargo along the coast and through the Strait of Juan de Fuca. The actions helped ensure the ships didn’t drift onto rocks and spill oil.

A second tug was ordered by the USCG to meet the Hunter at Port Angeles for further assist en route to Tacoma. While the Hunter has the Horizon Tacoma under tow, Crowley has sent tug Valor to stand by in its place.