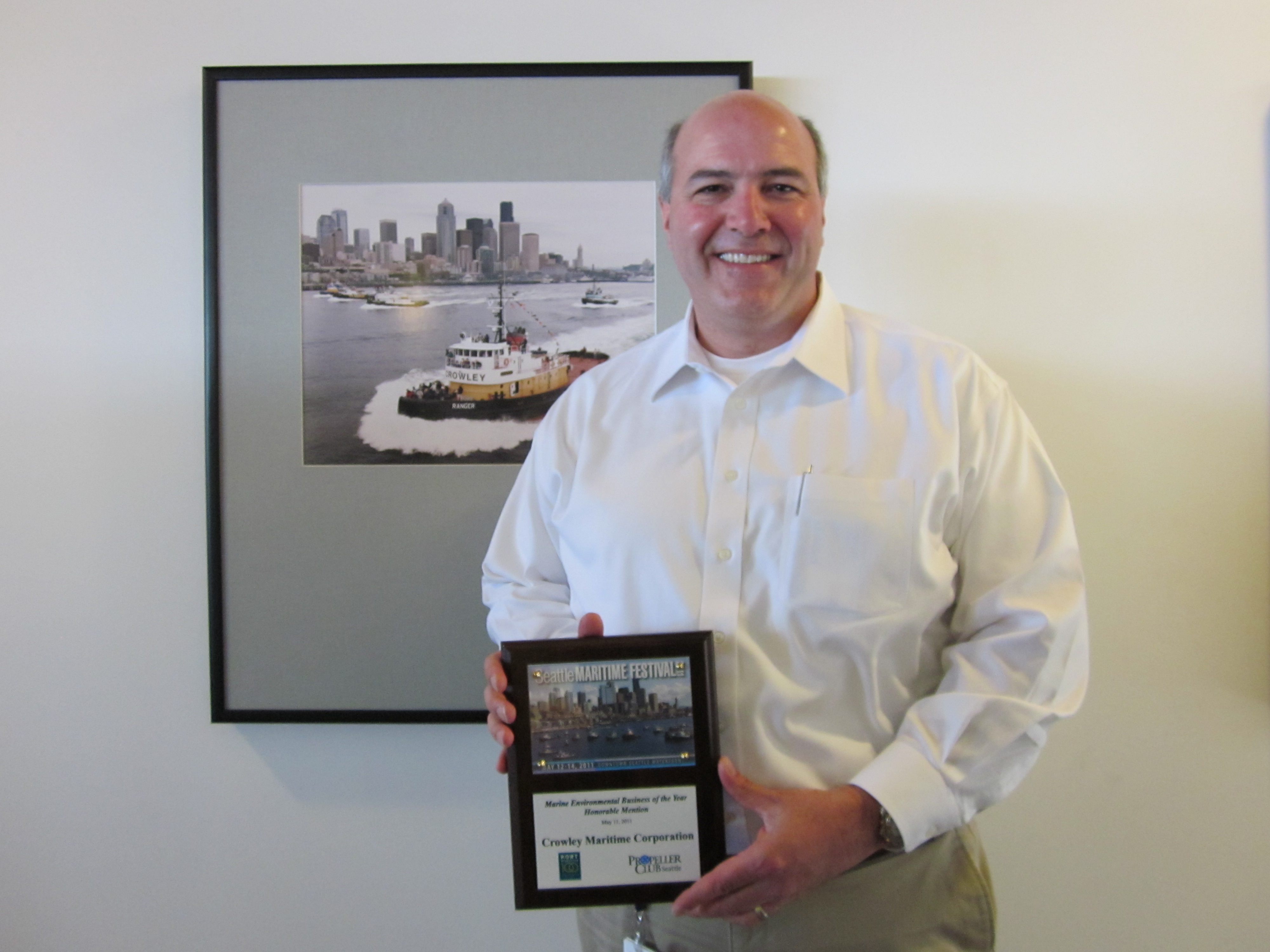 (SEATTLE; May 26, 2011) – Crowley Maritime Corporation was recently recognized for its environmental stewardship by the Port of the Seattle and Seattle Propeller Club, which teamed up to present the company with its second-consecutive honorable mention award for Marine Environmental Business of the Year.

The awards ceremony took place at the 60th Annual Maritime Festival Luncheon aboard Holland America’s cruise ship Zaandam in Seattle. The event, attended by more than 500 people from the regional maritime industry, marked the culmination of Seattle’s annual Maritime Festival. It was also an opportunity for the Port of Seattle and the Seattle Propeller Club to highlight the Pacific Northwest maritime industry’s environmental leadership, outstanding environmental initiatives and support in making Pacific Northwest ports The Green Gateway.

“We are honored to be recognized again for our past and ongoing environmental stewardship efforts,” Hoggarth said. “For Crowley, the effort to protect and improve the environment is not only a company-wide endeavor, but a way of life. We are proud to be a part of this select group that strives to make the world a greener place.”

Crowley’s long history of environmental protection and stewardship includes the publication of a Crowley Safety in Towing Handbook in 1970, approximately 20 years before the Oil Pollution Act of 1990, which contains operational procedures to prevent spills that many years later became law.

The company’s early interest in keeping harbors and oceans clean has developed into a strong company culture of EcoStewardship. Recent examples of the company’s environmental work include: certification to the international standard ISO 14001 Environmental Management System; certification of all nine of the Articulated Tug Barge (ATB) 650 Series barges by Lloyds Register Group under its Green Passport program, the repowering of the company’s Southern California harbor tugs to meet Tier II emission standards three years ahead of government requirements, and the construction of the first two double-hulled, environmentally friendly barges to serve Western Alaska.