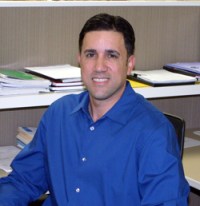 (Jacksonville, Fla.; Nov. 15, 2010) – Crowley Maritime announced today that Jose “Pache” Ayala has been promoted to general manager of operations for the company’s liner services group in Puerto Rico. In this role, he will direct port operations, equipment control, information technology and materials management, and he will have responsibilities in finance and administration. Ayala will be domiciled in San Juan, and will report to Rudy Leming, Crowley’s vice president of marine and terminal operations in Jacksonville, Fla.

In this new role, Ayala will have a primary focus of developing more service options for customers, including increasing the number of sailings to and from Puerto Rico, and for adding shipping destinations. He will also work closely with Crowley’s logistics team to provide complete supply-chain solutions for customers.

“Ayala has a rich background in Crowley’s operations, labor relations and customer service sectors,” Leming said. “He has the experience and the skills to guide his new team as they seek to provide new and improved Crowley services.”

In October 2009, Ayala was promoted to director of labor relations, which gave him responsibility for all labor relations activities for the East Coast/Caribbean terminal operations. Ayala had rejoined Crowley in 2009 as intermodal manager in Jacksonville before being promoted to representative, labor relations. Prior to that he served as president of the Teamsters for five years in San Juan and two years as vice president. Ayala also spent 12 years with Crowley in the late 1980s-90s in barge operations.

Under Ayala, significant improvements are planned, including an expanded terminal that will offer an additional three acres of cargo staging and renovated offices. Enhancements will also be made to improve safety and functionality of the terminal, including the installation of high-mast lighting, the refurbishment of yard equipment and more.

Because Crowley transports a significant number of new and used vehicles for customers, Ayala has assigned a manager to the car division to focus on quality and service excellence.

“Our team is united in delivering the best-possible solutions for customers,” Ayala explained. “With more sailings to more locations and an improved terminal and customer service, our business in Puerto Rico is unmatched.”

Crowley has served the shipping needs of Puerto Rico since 1954, transporting more than 3 million units between the commonwealth and the U.S. mainland. Crowley also has helped to bolster the Puerto Rican export economy by transporting food, pharmaceuticals, rum and other consumer goods to U.S. mainland. In addition to cargo transport, Crowley also offers several value-added services on the island, including warehousing, trucking, LCL transportation and last-mile-delivery, as well as cargo consolidation, deconsolidation and cross-docking.