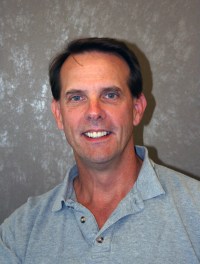 In his new position, Cosgrove is responsible for the marine operations of Crowley’s Puerto Rico and Caribbean services fleet of four vessels serving the Bahamas, the Eastern Caribbean and the Caribbean Basin as well as the Central American fleet of eight to 10 vessels serving the Dominican Republic, Haiti, Nicaragua, Costa Rica, Panama, Honduras, El Salvador and Guatemala. Management of these vessels involves everything from operations, to vessel crewing and training, to identifying and implementing new technologies for improved overall performance. Cosgrove held a similar role in 2002 for the Puerto Rico and Caribbean services team.

Cosgrove, who most recently held the role of vice president of the Safety, Security, Quality and Environmental (SSQE) department, has replaced Michael Hopkins, who in retirement has transitioned into a part-time role as a consultant for Crowley.

“Cole helps set the standard for teamwork and commitment at Crowley and we are proud to work with him,” said Hourihan. “His vast experience in marine operations, safety and quality make him an ideal fit for the job. And his dedication and perseverance are impressive attributes that are valuable assets in those who lead Crowley.”

Cosgrove joined Crowley in 1987 as a port captain in the ship operations group overseeing Crowley’s U.S. and foreign-flag vessels and crews. Since that time, he has served the company in positions of increasing responsibility including senior port captain, manager of chartering operations and director of contract operations. In 2005, Cosgrove was named a general manager and formed the ship management group to oversee third-party vessel operations. He was promoted to vice president of marine personnel in 2008 and was named vice president of SSQE in 2009.

He holds a bachelor’s degree from the U.S. Merchant Marine Academy at Kings Point, and is a licensed Master, Unlimited Tonnage, any ocean. He received the company’s highest honor, the Thomas Crowley Trophy, in 2001.