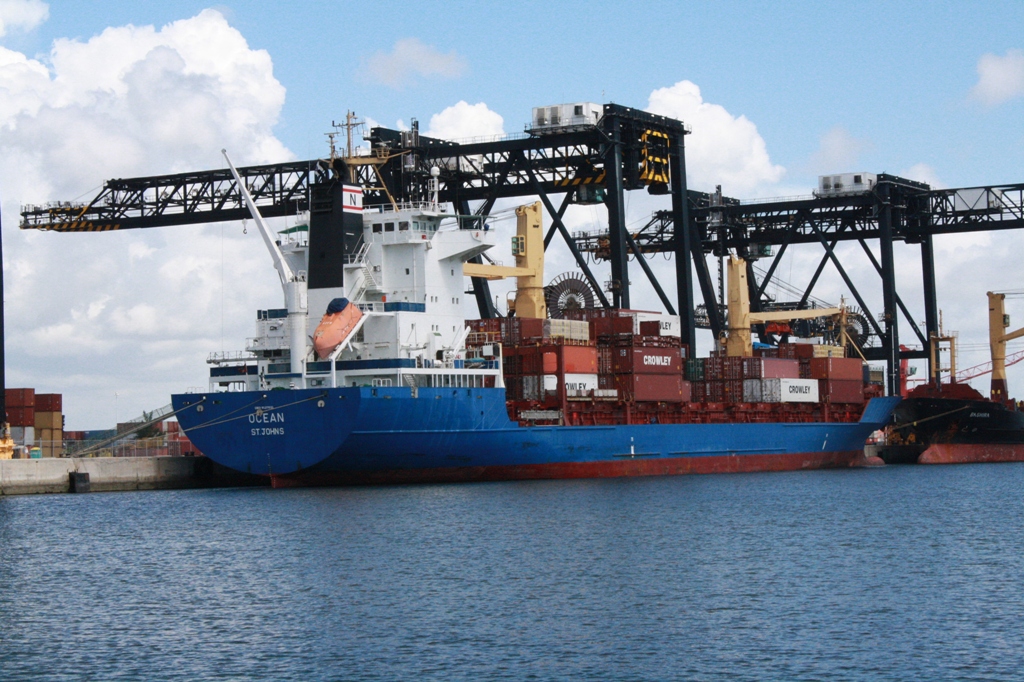 (Jacksonville, Fla., Dec. 15, 2010) ­– Crowley Maritime is expanding at Port Everglades with a new 10-year terminal lease that calls for additional acreage and increased container guarantees. The Broward County Commission, the governing board for Port Everglades, approved the new lease today.

“Crowley Liner Services is a success story for the Southport area, which was expanded in 1997 when Broward County purchased additional acreage for container handling,” says Port Everglades Director Phil Allen. “Crowley was the first containerized cargo operator in Southport and has since expanded three times since coming to Port Everglades in January 1990.”

The terms of the new lease call for increasing Crowley’s terminal from 68.2 to 80 acres. Guaranteed container moves will begin at 110,000 in 2011, increase to 112,000 in 2012, and increase by 1,000 annually thereafter on each January 1 through 2020. Under the new agreement Crowley’s first-year guarantee represents nearly 96 percent of their FY10 container volumes.

“Crowley is extremely pleased with the unanimous approval of the Broward County Commission on the new ten-year agreement with two five-year options for their Port Everglades Terminal operation. It is the favorable business climate in Broward and Port Everglades which has allowed Crowley to triple their business volume through this port over the last 20 years. The new agreement provides fertile ground for more expansion and new business development,” said Crowley’s Michael Hopkins, vice president of operations, Latin America services.

Port Everglades is one of the nation’s leading container ports and a trade gateway to Latin America and Caribbean. Port Everglades has direct access to the interstate highway system, is within two miles of the FEC rail hub and is just one mile from the Atlantic Shipping Lanes. Ongoing capital improvements and expansion ensure that Port Everglades will have the ability to handle future growth in container traffic. A world-class cargo handling facility, Port Everglades serves as an ideal point of entry for products shipped around the world.