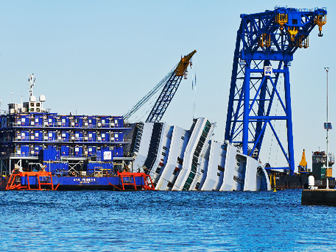 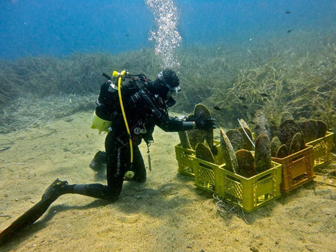 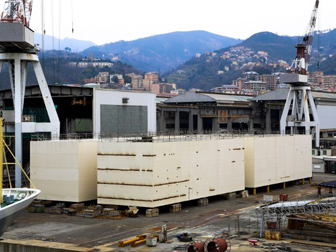 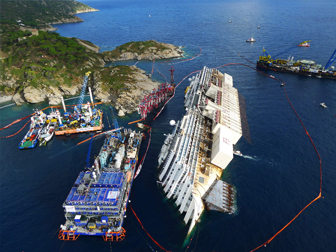 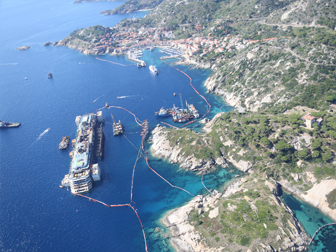 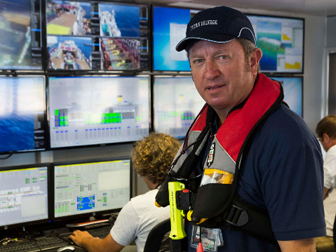 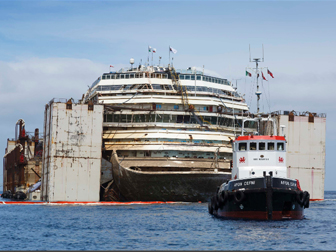 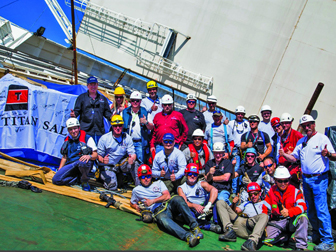 Described as the largest, most technically demanding wreck removal operation ever attempted on a ship of its size, the wreckedCosta Concordiacruise liner was successfully removed from the Italian shoreline in July 2014.

After the wreck, vessel owners, alongside others on a review board, began evaluating proposed salvage plans from more than 10 of the most experienced wreck removal and maritime salvage companies from around the world. After an exhaustive search, they selected Italian offshore service provider Micoperi and Crowley Maritime’s internationally based TITAN Salvage (now Ardent, a joint venture with Svitzer Salvage).

TITAN Salvage and Micoperi began the process of refloating the Costa Concordia, which was safely moored at the Port of Genoa Voltri, Italy, marking the completion of the largest maritime salvage jobs in history.

Now considered the largest passenger shipwreck by tonnage in history, theCosta Concordiasmashed into the rocky coastline where it heeled over starboard and came to rest suspended on two underwater granite knuckles. Though the rocky protrusions crushed portions of the starboard hull – in addition to damage on the port side – and left a 160-foot gash from the initial impact, they also prevented the wreck from sliding down the steep sea slope.

Another challenge was transporting the sponsons from the shipyards to the worksite during the weather window when they were needed, so as not to delay the project further. Sponsons are metal boxes – the largest was about 800 tons and the tallest 11 stories high – that were filled with water and affixed to the sides of the vessel to ballast the wreck to the custom-made platforms installed beneath the wreck to ensure stability.

Additionally, the team had to deal with the worst winter in Giglio in nearly 50 years, causing the project to fall significantly behind schedule. This included the so-called “Halloween storms” that caused the ship to collapse nearly seven feet into the Mediterranean Sea in late October.

The monumental task of removing over 33,000 tons of steel in one piece, without additional damage to the environment, took two and a half years to complete.

The project was broken into five different phases: anchoring and stabilizing the wreck, preparing the false bottom that the wreck rested on after its rotation, parbuckling the ship, adding starboard sponsons and eventually refloating the vessel. Refloating the vessel involved 36 hydraulic strand jacks, with a combined capacity of 13,000 tons of force, eventually pulling the vessel upright. After refloating, the Costa Concordia began its final voyage with a convoy of more than a dozen support vessels. The parade included two tugboats with a 24,000 horsepower and 275 tons of bollard pull at the bow of the hull and two additional auxiliary tugs positioned aft.

The operation was led by TITAN’s Nick Sloane, senior salvage master and South African salvage expert, with the help of 10 others, including TITAN colleague Capt. Rich Habib, managing director, aboard a command and control barge. Marine engineers from Micoperi, as well as Crowley’s Jensen Maritime, were also on site to assist with the highly technical operation. Additionally, the TITAN/Micoperi team partnered with Italy’s Università La Sapienza to reduce environmental impact, while maximizing the protection of Giglio’s economy, tourism industry and safety.

In recognition of the company’s spectacular work in removing the Costa Concordia from Giglio, Llyod’s List, a maritime-focused media group, presented TITAN’s Vice President Chris Peterson with the prestigious 2014 Maritime Casualty Response Award during the North American Maritime Awards ceremony. Additionally, TITAN was honored by the North American Marine Environmental Protection Association with the Maritime Environmental Protection Award, which recognized the company’s proactive approach towards protecting and preserving the oceans.