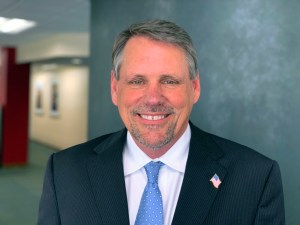 Roberts’s career in Washington spans nearly 30 years and includes service in all three branches of the government and private law practice. Since 1991, Roberts has represented Crowley on the major issues affecting the industry, including the Maritime Security Program, Jones Act, and economic regulation. He is one of the founding members of the American Maritime Partnership (AMP), a key industry trade association, and will continue to help lead that group.

Roberts will also continue coordinating with Crowley’s government services team in connection with its public sector work, which has grown more than five-fold in the past few years.

“We have a responsibility to help lead the industry through important policy decisions over the next few years,” said Bill Pennella, vice chairman and executive vice president. “Mike has the experience and reputation to be very effective in this role.” 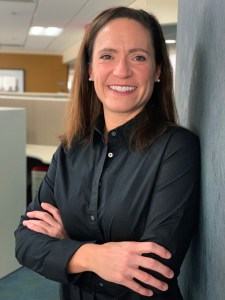 As Roberts transitions to his new role, Parker Harrison will become senior vice president and general counsel and have responsibility for the company’s legal and risk management teams. She will be based at Crowley’s headquarters in Jacksonville. Both Harrison and Roberts will continue to report to Pennella.

Harrison, formerly senior vice president of procurement and risk management, is an experienced admiralty attorney and marine insurance executive. Her expertise will ensure that the legal and risk management teams are properly aligned to the business and continue to provide high-caliber services.

“Parker’s strong experience in the maritime law and insurance industries makes her extremely well suited to lead these critical functions as our company continues to grow,” said Pennella.

Harrison joined Crowley in 2013 as director, claims, in the risk management department, where she managed claims, supported Crowley’s growing ship management business, and led the team’s risk management and mitigation efforts for the historic West Africa Ebola relief project (Operation United Assistance). In 2015, she was promoted to vice president, procurement, where she led the modernization and enhancement of the procurement function across the various lines of business. She joined the senior leadership team in 2018.