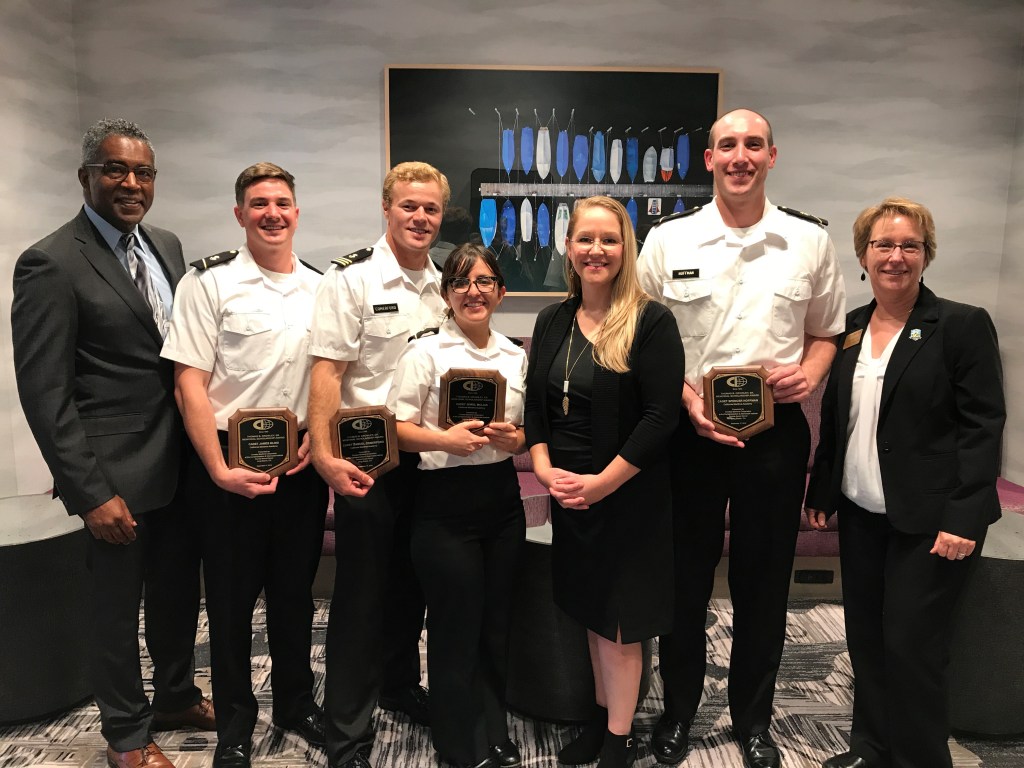 The recipients earned the scholarships based on their academic achievement, financial need and their interest in pursuing careers at sea.

Spencer Hoffman, a third-year student from Loomis, Calif., is currently a junior studying marine transportation. He serves as a cadet ambassador for the academy. Hoffman has been a participant in the Corps of Cadets and has served as a squad leader in his division. He also has participated in CMA-sponsored community service initiatives at schools, as well as the shoreline cleanup. He has sailed aboard Crowley’s tanker Louisiana, and upon graduation, he hopes to sail as a third mate and eventually serve as a captain.

Samuel Comerford, a fourth-year cadet from Fallbrook, Calif., studies marine transportation with a minor in naval science and a commission as an officer in the U.S. Navy Reserve. He currently serves as a section leader at CMA. Besides advancing to be academic officer in his naval reserve unit, he is a member of the cross-country team. As a cadet, he has sailed aboard the Crowley tanker West Virginia. Upon graduation, he hopes to serve as an officer in the merchant marine.

Jewel McLain, from Bakersfield, Calif., who is a graduate of San Francisco State University with a degree in geography, is a third-year cadet studying marine engineering technology. McLain serves as a mentor to cadets and supports their involvement in the community. She has also served in women’s groups on campus, including assisting the planning of the women’s support group in a gender equity group. She shipped as a cadet aboard the Crowley-managed Lone Star State tanker. As part of her studies, she is pursuing her Third Assistant Engineer license and Person In Charge (PIC) endorsement.

James Kling from Sacramento, Calif., is a third-year cadet studying marine transportation. One of his leadership initiatives includes participating in Faith Food Fridays, which provides food to the needy. Additionally, he participated in founding the CMA spearfishing club. As a cadet, he served on the Crowley-managed Golden State tanker. After graduation, he intends to serve in the merchant marine.

Since 1984, Crowley has provided more than $3 million dollars in scholarship funding for more than 1,000 students. The company has also donated more than $2 million over the years to support other educational programs. In 1994, Chairman and CEO Tom Crowley Jr., established the Thomas B. Crowley Sr. Memorial Scholarship Program in honor of his father, who led the company to extraordinary heights before passing away in 1994. The company continues to give scholarship dollars to deserving students in the U.S., Alaska and Puerto Rico. In 2006, the program was expanded to Central America and to date, has provided financial assistance to dozens of students in that region.