From the Jacksonville Business Journal: 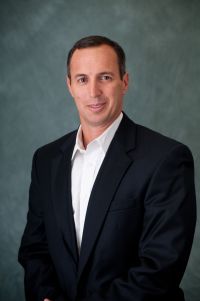 Dan Warner joined Crowley Maritime as 2001 came to a close. During his 16 years with the company, he worked in a few different roles before attaining his current position as chief finance officer.

“The maritime sector was new to me when I joined the company,” Warner said. “Just becoming grounded on what the company does and who did what within the organization was the initial challenge, because Crowley is so diversified.”

Being able to adapt to an ever-changing environment is one of Warner’s strengths, and he’s used it to raise and budget billions in capital for Crowley. Under his guidance, the company’s balance sheet doubled to more than $2 billion within the past 10 years.

“I feel I have played a key role helping spur the evolution of Crowley’s capital budgeting process and managing the balance sheet to ensure we don’t become overextended,” Warner said. “More generally, I have never been one to accept things at face value, so I often find myself being the contrarian as various decisions are debated, which I think helps the team to pressure test concepts and better assess risks.”

Although executing large financings always fills Warner with pride and excitement, it’s the development and growth of his team that matters most.

“The evolution of relationships between the company and its external financial partners, and internally between the finance teams and the various Crowley business units, is the best and most enduring accomplishment,” he said.

As Crowley now enters a new phase of investment and strategic growth, its leadership team is developing long-term plans that will involve growing non-asset-based services to complement the asset-based business that already exists. Warner said developing the optimal funding strategy to fuel that growth will be a top priority for his team.