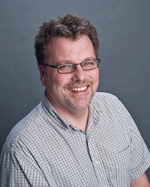 The story excerpt is as follows. To read the full article, pick up a copy of the September National Fisherman magazine.

“The original design started off as a conventional single-screw drive,” says Ron van den Berg with Jensen Maritime Consultants in Seattle. If the boat’s owners had followed through with that type of propulsion, the $25 million Northern Leader, which was built at J.M. Martinac Shipbuilding Corp. in Tacoma, Wash., wouldn’t be generating nearly the interest that it is and wouldn’t have such a high price tag.

A “single-screw drive” is a diesel engine matched up with a marine gear and — on this 184-foot longliner — a hefty drive shaft to spin a good size prop. It’s not an unusual arrangement, and excluding a few boats with water jets, probably every fishing boat built in this country over the past 45 years has been powered that way.

But when the owners of Alaskan Leader Fisheries, which operates three other conventionally powered longliners, decided to ditch the initial concept and look for another form of propulsion, things got interesting. It set the stage for the owners of the Northern Leader to be at the forefront of a different type of propulsion for larger U.S. fishing boats.

What’s unusual about the 184′ x 42′ x 18′ 7″ Northern Leader is that it has diesel-electric generators powering a pair of Z-drives. Diesel-electric propulsion is not unheard of on commercial fishing boats, but the last fishing boats in this country to be powered with diesel-electric drives were built in 1968 at Maryland Shipbuilding & Drydock in Baltimore. 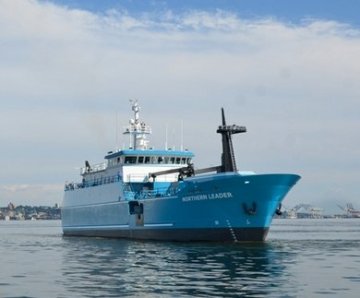 Prior to that, a number of diesel-electric trawlers were built from about 1928 into the 1950s. But the technology hadn’t developed to the point that it was feasible for fishing boats. Maintenance was always an issue — hang a net up, and you could burn up an electric motor — and some of the components were too large and not suitable for the marine environment, having been salvaged from locomotives.