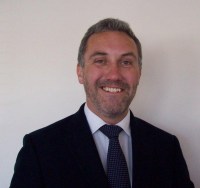 As a member of the company’s senior management team, Bennett will help shape strategic, operational and commercial business initiatives particularly as they relate to securing salvage, wreck removal and emergency response work for TITAN around the world. In addition, he will provide business development support for Crowley Maritime Corporation’s newly formed solutions group.

“We welcome Jason to the TITAN Salvage team and look forward to his leadership as we continue to grow our operations worldwide,” said Habib. “He has a wealth of experience in both the maritime and salvage industries, which will benefit our customers as we serve their needs.”

Prior to joining TITAN, Bennett spent 14 years at sea with the Royal Fleet Auxiliary and P&O Cruise Line, gaining his Masters’ ticket. Working globally, he gained experience aboard several different ships, including tankers, ammunition and logistics ships, as well as DP and cruise vessels. Moving ashore, Bennett later joined Murray Fenton as a surveyor, a position he held for seven years. There he obtained a wide breadth of experience, including salvage, casualty investigation, ship and systems vetting and expert witness services to the insurance market. For the last six years, before joining TITAN, he worked for another major salvor, both as UK representative and commercial manager.