Demeroutis joined Crowley in 2007 as director, labor relations, and was later promoted to vice president. Prior to joining Crowley, he served as vice president, United Inland Group of the International Organization of Masters, Mates and Pilots and as a trustee for several different employee health and benefits plans. He received his Master’s license in 1986 and sailed as Master and First Class Pilot with the Washington State ferries.

In his new position, Demeroutis will be responsible for the safe and reliable operation of Crowley’s marine petroleum assets including U.S. Coastwise, Jones Act product tankers, ranging from 240,000 to 300,000 barrels, as well as the company’s 17 articulated tug-barges (ATBs), which range from 155,000 to 327,000 barrels and are capable of carrying refined petroleum products and easy chemicals.

“We are glad to welcome Steve and appreciate the integrity he brings to the petroleum organization,” said Grune.  “Having served the maritime industry for over 25 years, including time spent sailing, he has a trusted understanding of how to safely operate our diverse fleet of assets in a way that meets the intricate demands of Crowley’s partners and customers.” 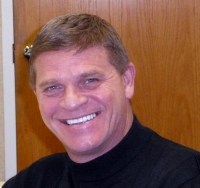 In his new position, Leming will be responsible for the development and implementation of Crowley’s overall labor strategy. He will oversee contract negotiations, union relationships and the day-to-day administration of collective bargaining agreements throughout the entire Crowley organization, in addition to having functional responsibility for labor relations for all Crowley subsidiaries. East and West Coast labor functions will also now report to Leming.