Is an Email Considered a Contract? 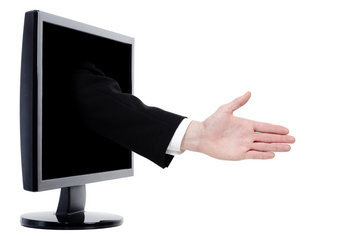 Being flooded with emails is part of the corporate culture. If you were to count the emails you send, receive and ignore in a given day, the number probably exceeds 50. While many of these emails are informal chatter or newsletters, some of them do hold weight.

Many people think that only signed, written documents are legally binding. Unfortunately, it is these people who often find themselves in court. Are emails considered contracts? The truth is that the answer to that question is murky.

A benchmark case was Stevens v. Publicis, S.A. in 2008. Arthur Stevens was the CEO of a public relations firm. He sold it and had a deal where he would remain the Chief Executive Officer. The company that bought it started to struggle financially and removed him as CEO. However, the purchaser’s executive, Bob Bloom, reached out to him through email and they came to an agreement about how Stevens could still work there providing different services. After a conversation through emails, Stevens ultimately sent an email with the words: “I accept your proposal” and Bloom responded with the words: “I am thrilled your decision.” Because both parties had typed their names at the bottom of the emails, the court determined this was a “signed contract” and Stevens was treated as he had formally been hired to the company.

However, in 2011, the Federal Circuit reversed the decision because the contractor chose to accept the email delivery orders for years and then suddenly stopped when it was inconvenient. This led to the emails being considered contractually obligating when the contract specifically stated that they couldn’t be.

These examples show that emails need to be taken very seriously. If you are a contractor and your contracting officer’s technical representative (COTR) tells you to do something that might not be in the contract, do not agree with the intention of double-checking later. If you find out later that the task wasn’t in the contract’s scope of work and refuse to do it, you can wind up in court staring at that email.

Here are a few ways to avoid unintended email contracts:

•  Always double-check emails before sending them, especially if they involve work or money.
•  Make sure everyone in your organization understands that even informal emails can possibly become contractually binding.
•  If you do not want an email to be contractually binding, clearly state that the email will not be and have the responder agree to it.

On the other hand, you can use the power of emails to your advantage. COTRs will often ask for work that isn’t detailed in the contract. This isn’t a problem, as the contractor can just ask for the money after the work is completed. The problem is that this work has to be documented and if there isn’t good communication between the COTR and the contracting officer, the contractor is going to need to defend itself in court to get the money it deserves. Emails confirming every bit of work performed are incredibly valuable during these trials. Emails can be just as important on the government side in the instance where a contractor starts doing shady things.

People from both the contracting companies and the government find themselves in court regularly. Emails detailing every minute of work and every dollar spent (outside the contract’s scope of work) with acknowledgement from the other party are going to help you win almost every time. Emails can be a curse or a blessing. With careful attention to detail by the user, you can use them to your advantage.