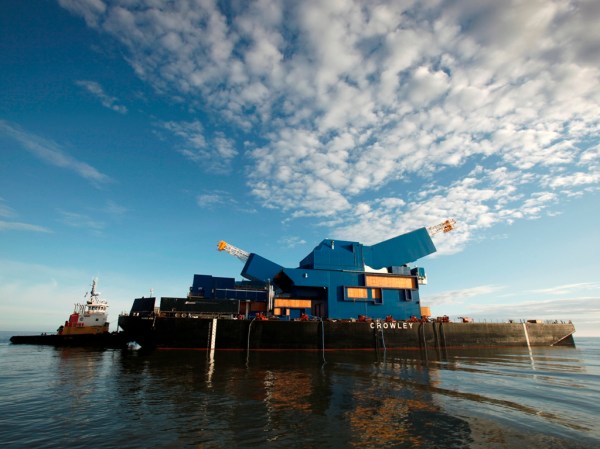 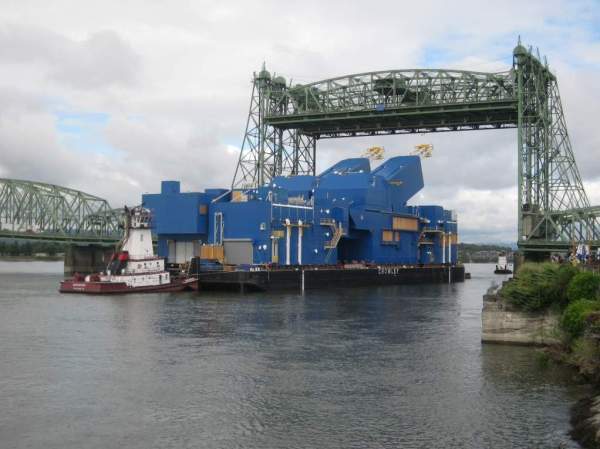 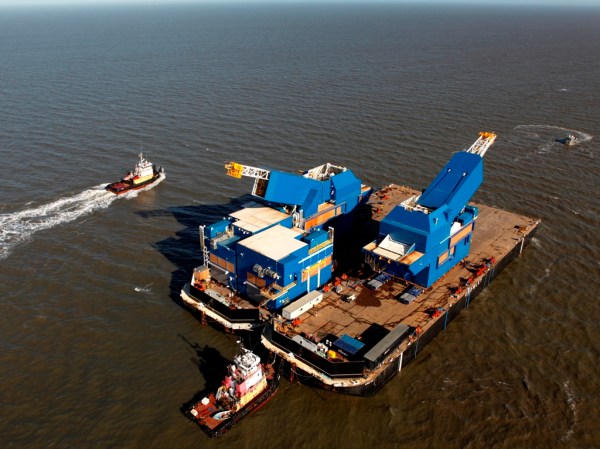 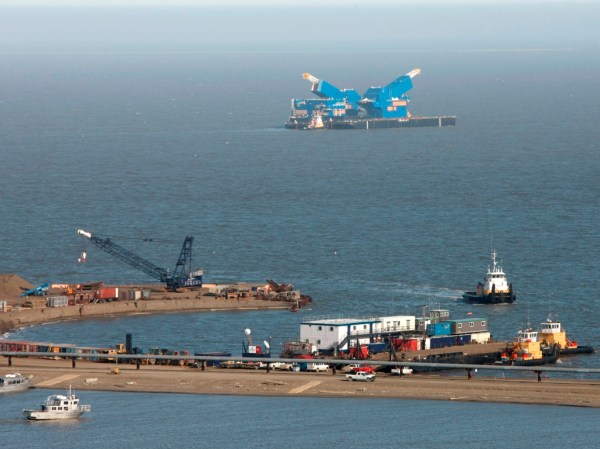 Crowley’s solutions group was hired by Parker and BP to move two Arctic Alaskan Drilling Units (AADU), collectively weighing more than 10,000 tons, from Vancouver, Wash., to Prudhoe Bay, a trip of more than 3,000 miles. Both modules were loaded onto the heavy-strength deck barge, 455-5, for tow from the Columbia River to the North Slope by the high-torque Crowley tugboat Guardsman. At Prudhoe Bay, each of the six self-propelled modules were hauled one at a time onto the 455-4 (a process called “lightering”) and was then pushed through six-foot deep water by Crowley’s shallow draft tugs to shore.

Crowley was in charge of all aspects of this daunting project – project planning; loading, transit and offloading details; and the final demobilization tasks. Crowley faced an uphill battle from the start, as flooding on Washington’s Columbia River from heavy snowfalls and rain delayed the project start for a month. The end of the journey also came with predicted risks upon arrival on the North Slope including navigating the “shallows” (a 2,000-yard stretch of water less than two-meters deep), high winds and low visibility.

Intense planning and innovation helped Crowley deliver for the customer safely and on time.

One innovation, a portable pilot unit, which is a device that uses GPS and a chart-plotting device, guided the vessels through poor visibility conditions from the offshore lighterage to West Dock 2 at Prudhoe.

Upon arrival, the455-5was secured and grounded offshore in 13 feet of water to remove unsafe dynamic elements that can be present with an ungrounded, floating vessel in currents, waves and winds. Then the sister vessel455-4, towed by the tugHunter, took each of the six modules to shore, one at a time, in the lightering operation. Precise timing with the wind-driven tides was required for the barge to squeak through the shallows.