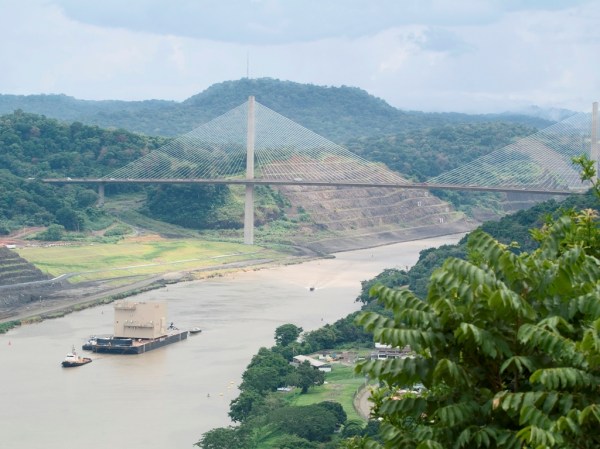 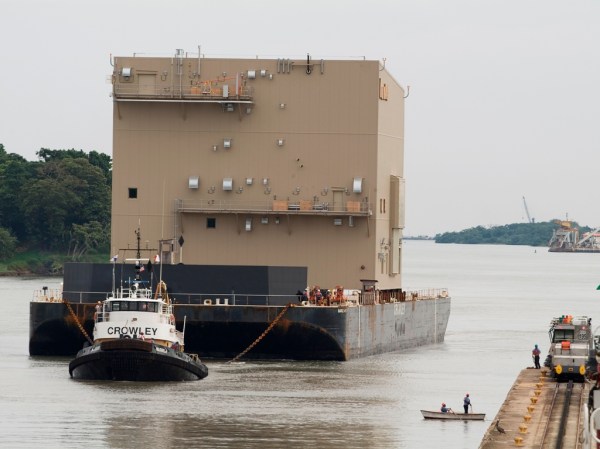 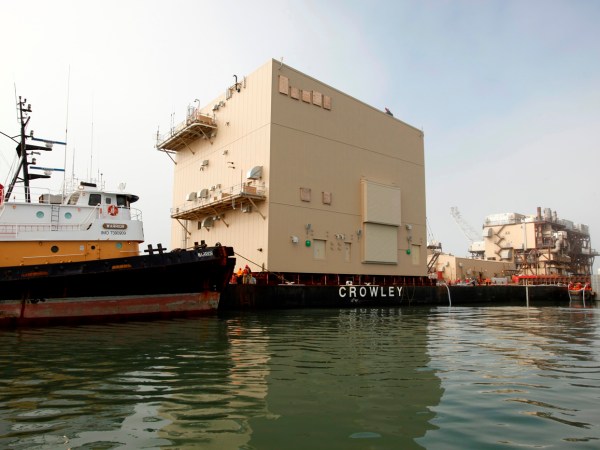 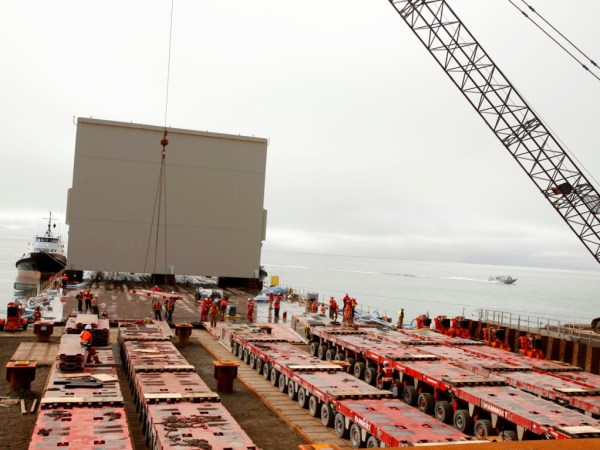 Crowley delivered BP’s Northstar Operations Center, which was made up of two pieces and weighed more than 3,511 tons, from McDermott Shipyards in Amelia, La., to Northstar Island in Alaska. The sealift required modifying the barge 455-3 to carry the cargo through the Panama Canal before transiting up the West Coast to Alaska, where Northstar Island, surrounded by deep water, presented a whole new set of challenges.

Crowley’s solutions team had to overcome major obstacles before the project began, as the project was about to go underway and at the delivery of the modules. The journey required transit through the Panama Canal, which has a maximum allowable vessel width of 106 feet, while Crowley’s 455 series barges are 105 feet wide, which is wider than most vessels transiting the canal.

Then, around the time of departure, the Mississippi River area experienced extreme flooding, making the main artery to the Gulf of Mexico impassable.

The arrival at Northstar Island, which is an exposed, deep-water island off the North Slope, did not allow for grounding the barges and instead required a live, or floating, discharge.

Crowley personnel modified the barge455-3and loaded the cargo so it fit within the allowable width of the Panama Canal – requiring the talents of Jensen engineers and architects.

Once approved for passage, the solutions team rerouted the barge to avoid the floods, and although the new route added a day to the transport, arrived almost a week ahead of schedule.

For the final maneuver, stationed in the deep waters off the coast of Northstar Island, Crowley’s shallow draft river tugs positioned the barge and cargo just offshore as the Warrior pushed alongside it to provide continual counter-force against the currents to hold it in place. In addition to designing a mooring plan that called for the 455 3 to be secured to bollards on the island with high-strength lines and cables, Jensen engineers remained on site to monitor the  tides and barge motions, and adjust the ballast as needed. Within 24 hours, the two cargo modules were discharged from the 455-3 to the island.

Crowley’s solutions group, led by project manager Bill Hill, took on the planning and project management of the sealift months in advance to methodically plan how to take on all obstacles of the journey. Jensen engineers played a role in all technical aspects of the project from designing structural modifications to the barge to reviewing barge stability and developing cargo ballast plans.