In 1958, Crowley undertook the massive transportation of 4 million board feet of lumber by barge along the U.S. West Coast. Pictured is Pacific No. 1, which was designed and built by Crowley to carry lumber on deck and petroleum products in tanks below deck. 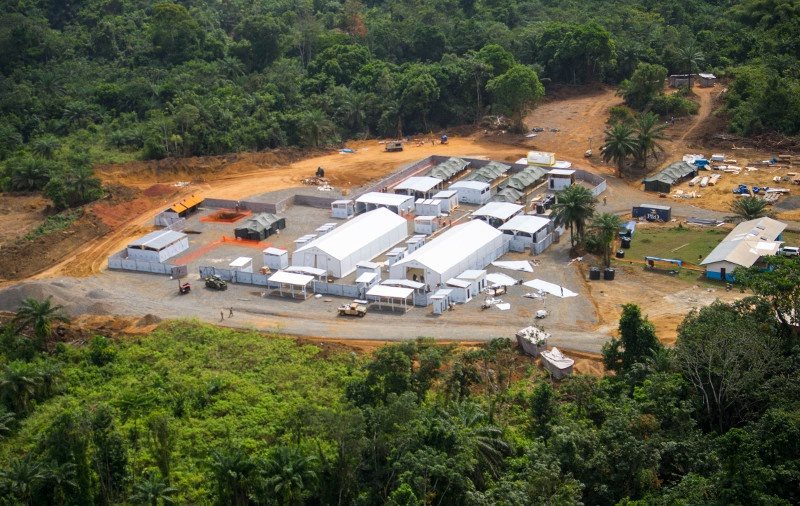 In 2015, Crowley joined the fight to eradicate Ebola in West Africa by providing logistics support services to the Defense Logistics Agency’s Operation United Assistance (OUA), on the ground where the disease was running rampant. Pictured: An aerial view of the Gbediah Ebola Treatment Unit in Liberia, a U.S. Army photo by Staff Sgt. Terrance D. Rhodes, Joint Forces Command.